Founder of La Mav, Tarj Mavi was extremely passionate about her product but knew little about marketing and was seeking help with defining and executing a marketing approach during the critical start-up phase of the project.

Marketing Angels conducted an initial start-up workshop to help La Mav further develop the foundations for their brand. From this workshop a detailed marketing strategy on the core marketing tactics and goals was developed.

Marketing Angels then acted as La Mav’s outsourced marketing team for the following six months, project managing the design of the packaging, the initial web site and launch to market.

At that point Marketing Angels managed the relationship with creative agency, and managed;

Marketing Angels then organised and staged a very successful launch event to introduce the brand to the public and media. The event invites were sent to brand ambassadors, key distributors, media were invited to the launch event.Who were invited as part of a whole strategy for the launch event. The brand ambassadors were chosen and used to generate positive word-of-mouth at a grassroots level. Press releases were paired with the media invites.Appropriate media were targeted and contacted, a strategy to recruit a distributor partners. Key people within the skincare industry were also invited.

We managed the recruitment of the appropriate distributor. Discussions were kicked off early in the marketing process, then finalised as a General Managers was appointed in-house.

The day that the brand was launched Marketing Angels were very involved in an initial introduction to the retailers. In the 8 weeks from launch we had 4 online retailers taking the brand on board and 15 traditional retailers. By May 2009 – we had 19 retailers in total. 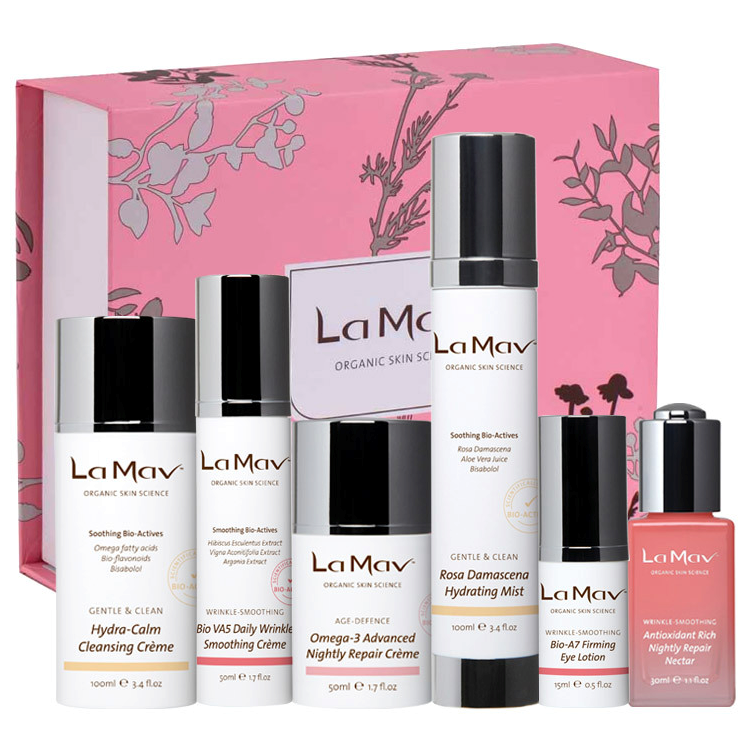 A social media presence was created with Twitter and Facebook accounts, which at the time was a new initiative for skin care brands in this space. Ongoing management of the social media has been done in-house.

Sampling was used to introduce the product to retailers and the media.

Online beauty portal Beauty Heaven ran a free sampling promotion and over 3000 sample requests were received. These requests then formed the initial database for online orders.

Retailer and point of sale promotions included free sampling and a “gift with purchase” promotion.

This activity attracted Body and Soul which is a key lift out in the Daily Telegraph. They featured La Mav products twice in the first year. La Mav was also featured Clean Food Organics – Nature and Health, G Magazine, Prevention, Professional Beauty.

Marketing Angels were a critical component in the successful launch of the La Mav‘s brand.

La Mav‘s distribution grew rapidly in the proceeding months continued to grow – they now have over 100 stockists.

What the client says

“With the help of Marketing Angels, were able to successfully implement initial marketing materials, tactics and launch the brand while delivering to the brief.

As a start up it was very important to make the most of the resources we had. The Marketing Angels team were able to use smart cost effective tactics and with a successful launch, we were able to quickly build on that initial success.

We really enjoyed working with Marketing Angels. The team took time to understand our product and the market and delivered fantastic results. We would recommend them as outsourced marketers to any businesses who need to enhance their marketing.”

Find out more about La Mav.

“From our smart new email signatures to our vibrant business cards, we’re really happy with the end result.”